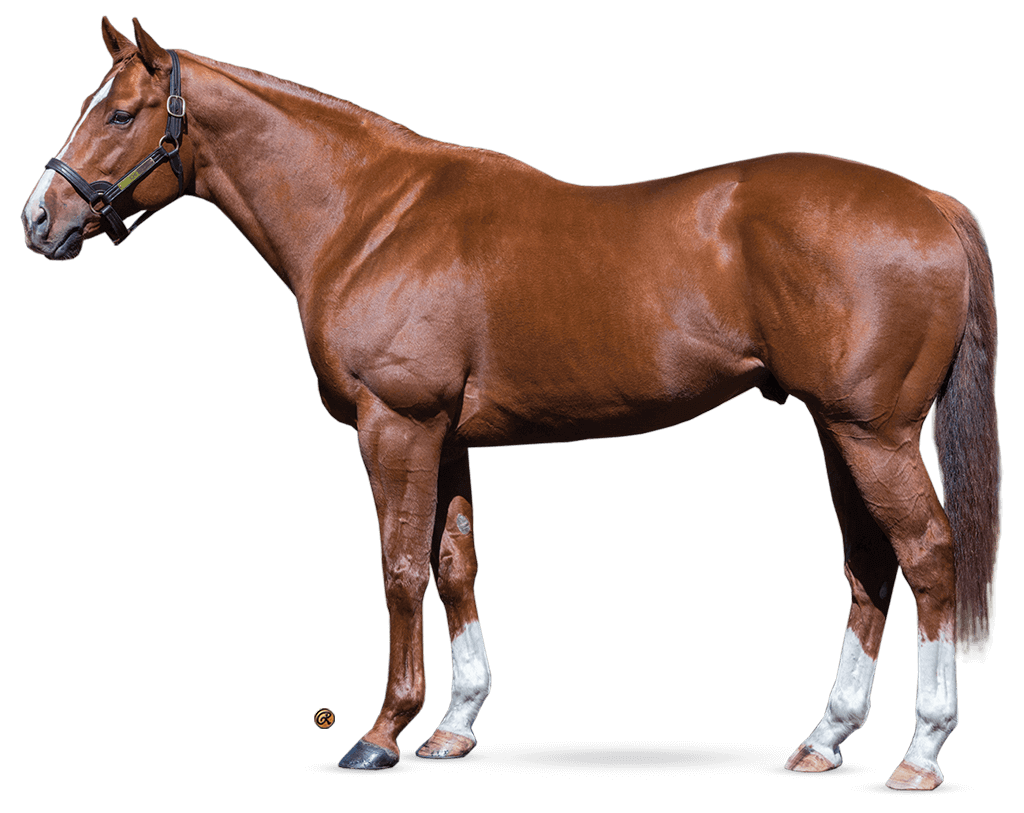 Ridden by Emisael Jaramillo for trainer Gustavo Delgado, Fiamma Mamma broke sharply and assumed command after the start of the 5 ½-furlong test. Never challenged, she widened her advantage to five lengths in the stretch and crossed the wire well clear of her nearest pursuer.

Seeking the Truth, a Florida homebred for R.G. Lundock, scored a determined victory in his second lifetime start for trainer Ralph Catanese. Seeking the Truth is out of the winning Seeking the Gold mare Letussoupriseyou.

In addition to his trio of first-crop winners, Chitu has been represented in the sale ring by a pair of six-figure colts at OBS April. Donato Lanni, agent, signed the $200,000 ticket (more than 44x Chitu’s stud fee) for Hip No. 555, a bay colt out of a stakes-winning dam. The colt breezed an eighth in a rapid :10 flat at the under tack preview. Hip No. 567 sold to Shepard Equine Advisors, agent for Larry Hirsch, for $150,000. The Florida-bred’s dam, Rumble Seat, is a daughter of Graded stakes winner Sister Star.