Hip 132, a homebred VALIANT MINISTER filly out of SAVINGTIME, sets fireworks off at the Ocala Breeders’ Sales Spring 2-Year-Olds in Training Sale, selling for $360,000.

The filly was consigned by Jesse Hoppel of Coastal Equine, who previously purchased her at the October OBS sale for a mere $27,000. During the OBS under tack show, the filly breezed a quarter-mile in :20 4/5 and went on to be purchased on Tuesday by Solis/Litt. Hip 132 is now Valiant Minister’s most expensive horse to be sold at public auction. 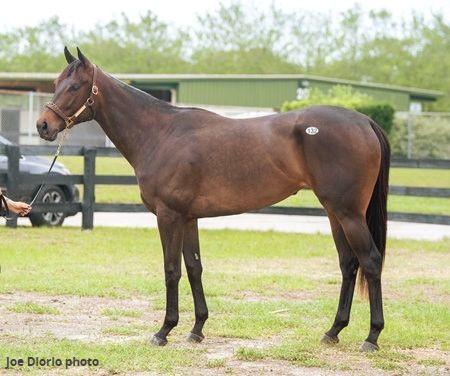