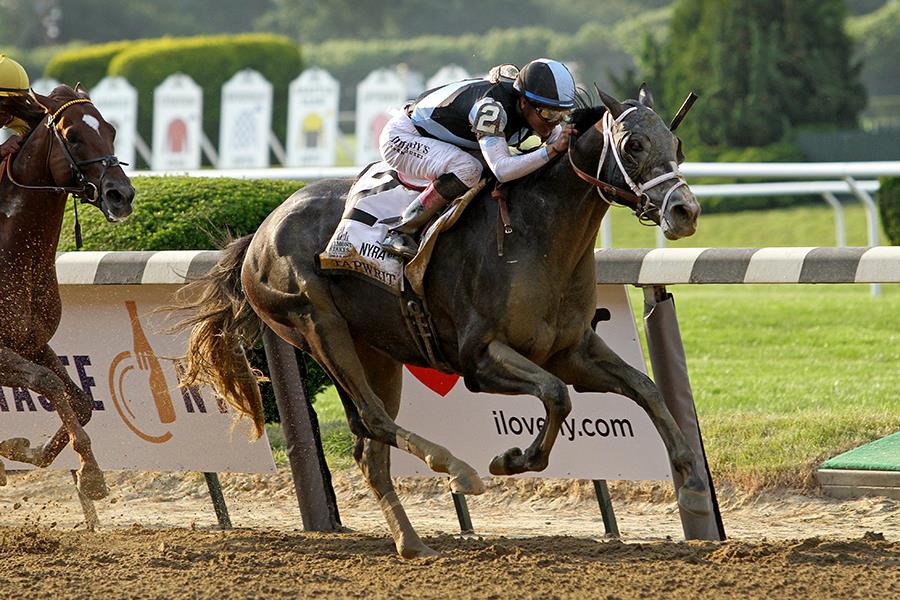 Tapwrit gave his owners Bridlewood Farm, Eclipse Thoroughbred Farms and Robert LaPenta one of racing’s greatest thrills on Saturday when he surged past Irish War Cry in the stretch to win the $1.5 million Belmont S. (G1) by two lengths.

The outcome was something trainer Todd Pletcher had hinted at earlier in the week, saying the colt’s sixth-place finish in last month’s Kentucky Derby (G1) was a “sneaky-good” race that set him up well for the Belmont’s 1 1/2-miles.

Breaking from post 2, Jose Ortiz hustled Tapwrit over to the rail and into the third spot behind Irish War Cry and Meantime, who maintained the top two spots through the first mile.

Ortiz kept Tapwrit on the fence on the final turn, then swung off the rail to go after Irish War Cry, who was alone on the lead after Meantime began to retreat. Irish War Cry hung tough, but Tapwrit was too much in the final furlong, wearing down his foe to come under the wire in 2:30.02.

“Tapwrit was getting a beautiful trip,” said Pletcher about how the first mile unfolded. “It was everything we talked about in the paddock before the race. We were hoping he had enough when it came to crunch time. It looked like Irish War Cry still had a little something left, but the last sixteenth, (Tapwrit) dug down deep.”

Record-setting winner of the Tampa Bay Derby (G2) in March, Tapwrit became racing’s newest millionaire with the Belmont win. His record now stands at 4-1-0 from eight starts, with earnings of $1,143,902.