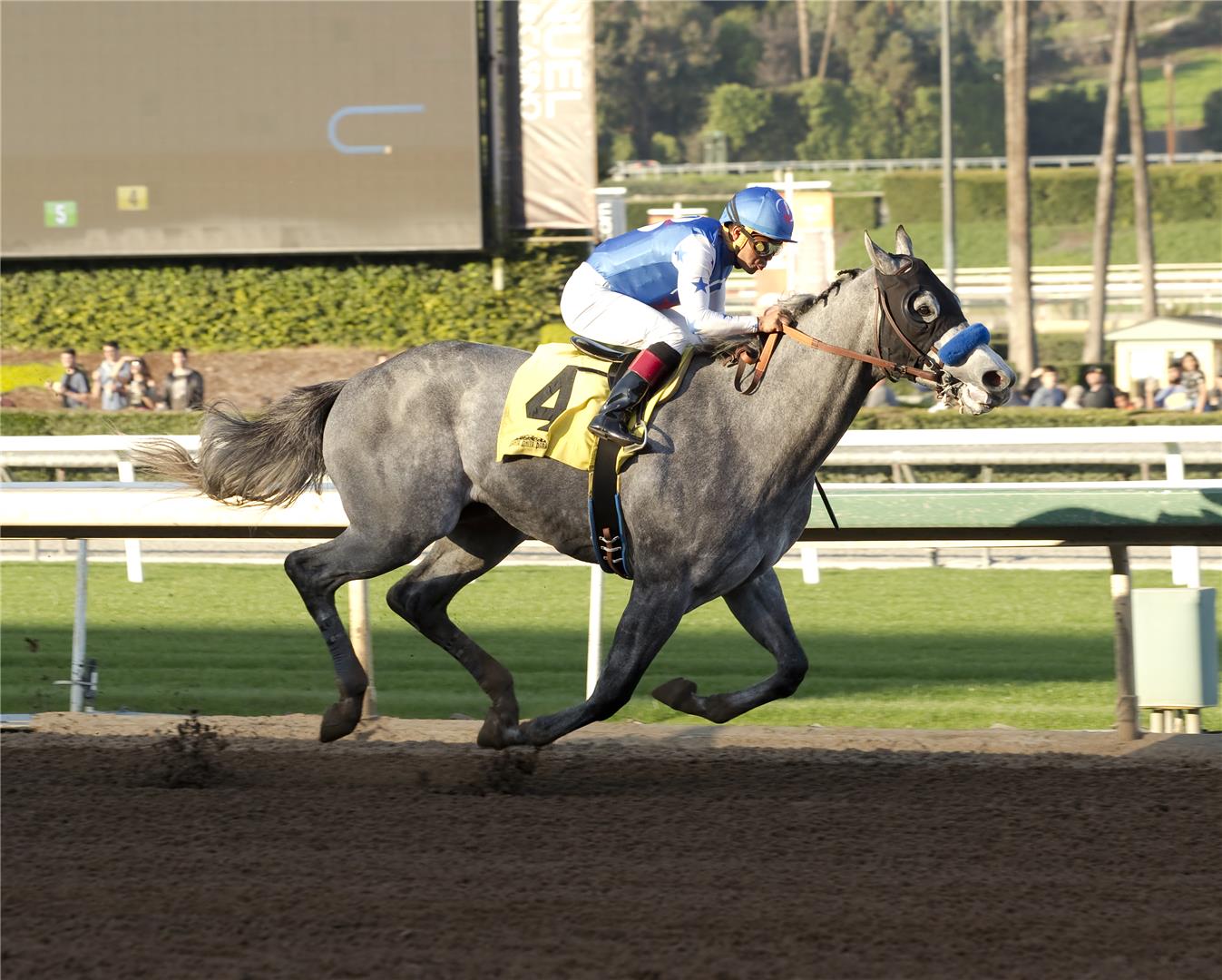 As a sequel to our recent exhaustive survey of Kentucky sires for 2019, it seems only fair to cast the net wider and seek some value in the regional market. In doing so, however, we exchange one problem of scale for another: the sheer volume of stallions concentrated in the Bluegrass creates a far more coherent marketplace than the one fragmented from one coast to the other.

There is, of course, a degree of traffic between the two. Stallions who fail to find a sustainable niche in Kentucky often migrate to pastures new in state programs. Exceptionally, there will even be young stallions who make a sufficient impact in Florida or Maryland to move the other way, as did Kantharos and Malibu Moon.

Yet there is little point comparing the fees of regional stalwarts with those commanded even by ordinary Kentucky stallions. Written into their respective values are the practical limitations of mare populations, shipping costs and so on. In states with incentive programs nourished by gaming revenues, it may be worth transporting a mare for a Kentucky cover before returning to foal, say, in New York. Generally speaking, however, local sires will maximise your eligibility for restricted prizes.

So the challenge is to pick out one or two sires, within that context, who look eligible to punch above their fee. We’ll only look at the principal markets. There may be better value in Texas than living legend Too Much Bling (Rubiano), for instance, but at a lifetime 10.34 percentage of black-type winners to named foals, I’ll just have to take your word for it. (That would be just as true if he stood at Claiborne, alongside the $250,000 stallion who, uniquely in the nation’s top 100, could read that number and still look Too Much Bling in the eye.)

Because even within the deeper pools, we’re just dipping a subjective line or two to hook some value. So no point recommending Uncaptured (Lion Heart) in Florida, with his book already full; nor highlighting that Central Banker(Speightstown) made a bright start, when he stands for the same money as New York’s multiple champion sire Freud (Storm Cat).

Value is always in the eye of the beholder, and will vary wildly between end-users and commercial breeders. Courageous Cat (Storm Cat), to take one lurid example, is plainly “value” slashed to $2,500 from $6,000 for 2019 by Questroyal North in New York: he’s an awful lot of horse for that fee, as a Grade I winner with a world-class pedigree, and entitled to get you any kind of runner for the equivalent of a few dozen bales of hay. But very small books in the last couple of years will give him limited opportunity to build commercial momentum on the four black-type winners who kept him in the top six New York sires in 2018. So it depends what you’re after. Each to their own.

Wait, we’ll come to Grazen in a minute. But were there seriously only ten mares left for Ministers Wild Cat in 2018? A top ten Californian sire every year since 2012, he is one of the last available sons of the great Deputy Minster out of a Breeders’ Cup Distaff winner. He obviously didn’t show the same track ability as his half-brother War Chant (Danzig) but his 18 stakes winners have come at a perfectly respectable percentage for a horse standing at $4,000. And, just a hunch, but I’d bet that with that pedigree someday one of his daughters will foal a champion.

Conversely, breeders have been slowly waking up to his younger studmate Grazen (Benchmark), who has only sired 88 named foals across six crops but has produced such striking dividends that he has entertained 101 and 68 mares over the past two years. Of just 62 starters, his 51 winners have included no fewer than seven at black-type level. These include Grade III winner Enola Gray, who also has a Grade I podium to her name.

Grazen was a fast horse, who wired a Grade III field for a 103 Beyer, and if there is little immediate distinction in his family then there is no denying his own sire’s oomph. Benchmark, a son of Alydar, was also responsible for GI Santa Anita Derby winner Brother Derek and those blitzing Grade I winners Points Offthebench and Idiot Proof. Wherever it’s coming from, Grazen is earning his stripes and the foals conceived this year will be able to ride any success achieved by a book that more than trebled in 2017. Giants beware: this David’s sling is now loaded.

This guy has come a long way since his discovery as a yearling at the Washington Thoroughbred Breeders’ Association Sale, or indeed since throwing his jockey three times before his debut in a four-furlong maiden at Golden Gate Fields. He won by daylight that day, promptly added a stakes before sharing the podium with champion Lookin At Lucky (Smart Strike) at both Grade II and Grade I level. With maturity he won three Grade I sprints–the Bing Crosby S., Ancient Title S. and Triple Bend H.; also beaten a nose in the Malibu S.–and twice made the frame in the Breeders’ Cup Sprint, besides winning four other graded stakes.

He also landed running at stud, as California’s leading first-crop sire in 2017, and last year his 32 winners included five at black-type level–a tally surpassed nationally, in his intake, only by the stellar Violence (Medaglia d’Oro). These were crowned, in the final days of the year, by a breakout Grade I winner in Spiced Perfection, who turned herself from a $6,500 yearling into a La Brea S. winner.

Smiling Tiger’s dam Shandra Smiles (Cahill Road) produced another Grade I winner by a son of Storm Cat in She’s A Tiger (Tale Of The Cat), winner of the Del Mar Debutante and Eclipse champion despite her demotion in the Breeders’ Cup Juvenile Fillies; and it’s a bottom line loaded with Florida speed, the second dam being by Ta Wee’s son Great Above (broodmare sire of Housebuster).

So there’s both class and dash on the page; while Smiling Tiger was as terrifically sound and hardy as he was fast. All in all, the kind of commercial package many a Kentucky farm would be proud to offer.

This is plainly a roll of the dice–but one that looks warranted at the odds. Because, unlike most regional rookies, you really couldn’t say where he might end up if only he can get started.

A $680,000 sale-record OBS June breezer, he won his only start at Santa Anita in a hand-ride for a 99 Beyer, and Baffert has openly billed him as a freak. Unfortunately the horse was then derailed by a stalls accident. We all know that there are 49 duds for every Maclean’s Music (Distorted Humor), but what makes Valiant Minister at least look a valid experiment is his pedigree.

He’s out of a Deputy Minister mare, which gives him an automatic credit, and is a full brother to Grade I-placed Moe Candy; while the second dam is Grade I winner Lunar Spook. He’s a strapping lad, by an emerging sire of sires, and 78 mares in his debut book last year will give him a very secure toehold to show what he can do.

You couldn’t be at all surprised if he came up with a six-figure breezer or two. And, with so little downside, you’re entitled to those Maclean’s Music daydreams.