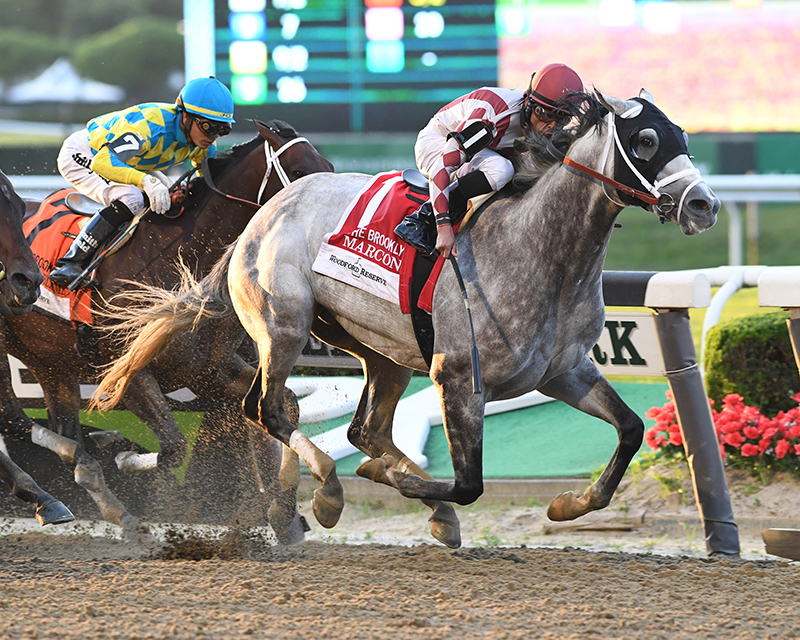 Sent to the front right away by Jose Lezcano, Marconi had a length on the field in the 1 1/2-mile marathon. Setting comfortable fractions the entire way, he got his first big challenge midway on the final turn, when both Realm and You’re to Blame came on even terms. Pulling away again at the top of the stretch, Marconi was threatened on both sides by numerous foes, but held gamely to win by a half-length. Incredibly, the top six finishers were separated by just over a length.

“It seems like he’s really found his niche,” said winning trainer Todd Pletcher. “He’s gradually improving and been a lot more consistent in not only his races, but also training. I was happy to see him continue moving forward.

“The plan wasn’t to be on the front but we wanted him to be in the race. Especially from the one-hole, I didn’t want him to be shuffled back and over complicate things for him. From here, we’ll consider going a mile and a quarter in the Suburban [G2, July 6]. A prestigious race like that would mean a lot for him.”