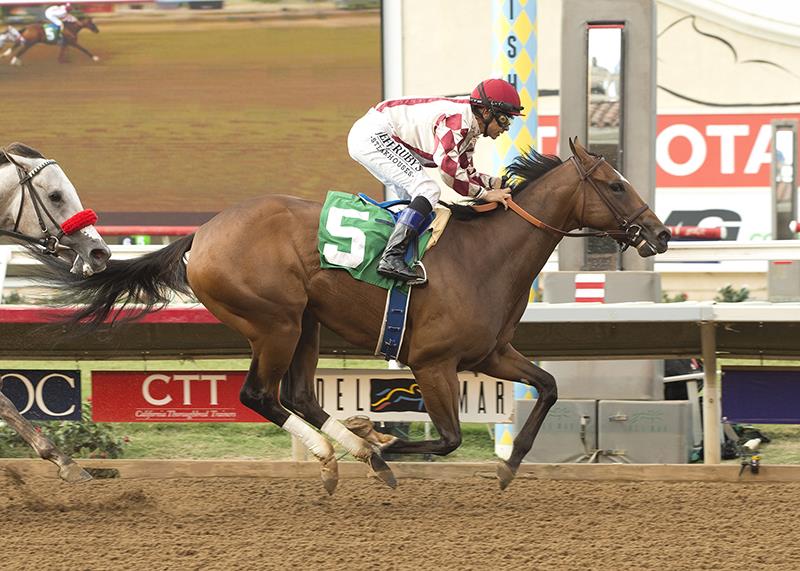 Moonshine Memories turned in a stellar performance in her debut Saturday at Del Mar, winning her maiden special weight debut by one length in a swift 1:10.08 for the six furlongs.

The winner is owned by Bridlewood Farm along with Mrs. John Magnier, Derrick Smith and Michael Tabor. Bred by Summer Wind Farm, Moonshine Memories is out of Unenchantedevening, who is a half-sister to Horse of the Year Favorite Trick.

Moonshine Memories was pressed through a rapid half-mile in :45.17, but had plenty in reserve in the stretch to best Tyfosha by the final margin, while it was a dozen lengths back to the rest of the field.

The winner earned a Beyer Speed Figure of 83, one of the top five figures for any 2-year-old filly in 2017.